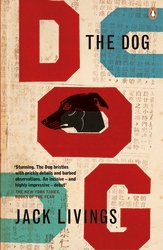 I’m not enamoured of short stories, they often feel like a cop out: “I couldn’t manage to write a whole novel, so here I wrote 10 000 words instead”. But in the hands of a really good tight writer, wow! So I gotta rave about The Dog by Jack Livings and confess that the only reason I picked it up was because of the dog on the cover. But once you get reading you realise a smart new short story writer has come onto the scene. The Dog has been awarded the 2015 PEN/Robert W Bingham Prize for debut fiction and named Best Book of the Year by the Times Literary Supplement.

Although Livings lives in New York and works for Time Inc, the stories in The Dog are all about China — another one of its attractions for me. END_OF_DOCUMENT_TOKEN_TO_BE_REPLACED

I attended a workshop run by Turan Ali, Director of RNTC International Media Training Centre, in The Netherlands at the recent Highway Africa conference and Ali’s very important point (aimed at journalists and people who work in the media) is that information delivery is very different from actual story-telling. Story-telling is what humans have done for millennia and are wired to do and listen to, and receive meaning from. Information imparting has a vital place in our societies but just doesn’t have quite the same power.

So what if journalists could use story-telling techniques and information imparting techniques together? It’s a tantalising thought. These are my notes from the really interesting two-hour workshop in Grahamstown. END_OF_DOCUMENT_TOKEN_TO_BE_REPLACED 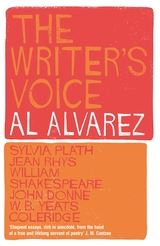 Once a year I read Al Alvarez‘s The Writer’s Voice. I do this because in the second half of the year I teach a class in long form journalism to media studies honours and final-year BJourn students and it’s one of the few books available that actually talk about voice in writing. Alvarez thinks about what voice is and why it matters for writing, writers, reading and readers. So I go back to it again and again to take students through this part of the course. This year I thought I’d jot down my notes on what Alvarez has to say because the rereading always provokes me to think differently about what he says.

This time around what caught my attention was that reading is so very much a listening (and this feeds into my research interests in voice and listening — see my work on academia.edu and at the mediaandcitizenship blog). One really does hear a voice in one’s head when reading and what that voice sounds like — “its presence on the page” — is a quality that is more than the story being told. It might be voice that keeps one bonded to a particular author and not just extraordinary writing ability, technique or style (all of which Alvarez is clear are not quite the voice). END_OF_DOCUMENT_TOKEN_TO_BE_REPLACED 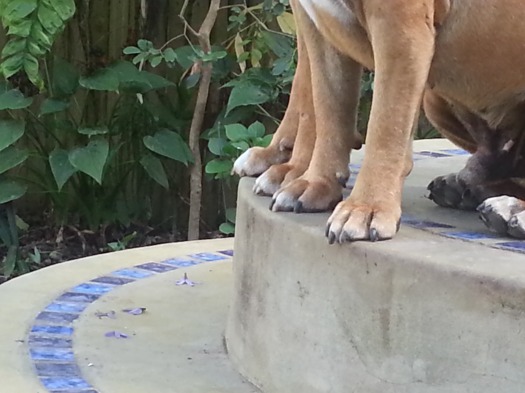 I’ve read three books about dogs in a very short period of time and none of them by design. They are: EB White on Dogs, edited by Martha White his grand-daughter, Inside of a Dog by Alexandra Horowitz and What the Dog Knows by Cat Warren. 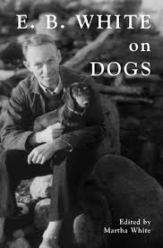 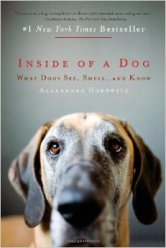 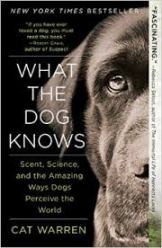 I was at an airport looking for something to read and Inside of a Dog and What the Dog Knows were on a two-for-one special, then back home my colleague Simon Pamphilon accosted me in the passage at work to say that he’d discovered that White of Strunk and White was the same dog man in that book. (Strunk and White being those very famous pedants all journalism teachers keep on using to get a degree of language precision onto the radar of students). END_OF_DOCUMENT_TOKEN_TO_BE_REPLACED

By page 83 of Colourless Tsukuru Tazaki and his years of pilgrimage I was thinking, wow! this book is so clever in its story within a story within a story. At that point I was reading about Tsukuru’s friend Haida’s story told to him by his father about an encounter he had as a student with a man about to die who was sort-of reluctantly offering him the chance to take on his ‘token of death’ for the chance to see auras and have a short, but heightened experience.

We had got there with very little effort on the part of the reader and a great deal of lovely plotting: END_OF_DOCUMENT_TOKEN_TO_BE_REPLACED 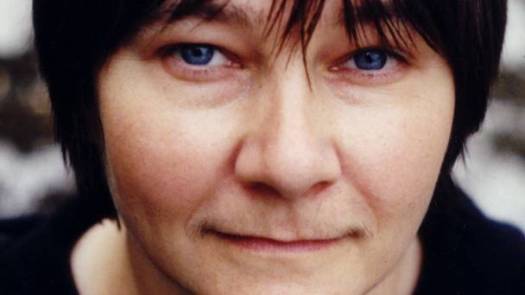 Some of the best thinkers and writers I know failed to get their PhDs. One of them is Karen Armstrong whose story of that failure really needs to be read (in the second — or third — of her autobiographies The Spiral Staircase) and another is Ali Smith, whose story of walking away from a doctorate I don’t know quite so well, but am already convinced that like Armstrong it was pivotal to her prolific and idiosyncratic writing career.

I had never heard of Ali Smith until the Edinburgh World Writers’ Conference decided to focus on South Africa in 2012 and invited, among others, Antjie Krog and Njabulo Ndebele to speak. Eyjafjallajökull was the precise reason I encountered Ms Smith. The volcano erupted, the South Africans were grounded, and video conferencing had to be resorted to. As a result I was on a site full of fantastic authors talking and eavesdropping from afar. The Ali Smith lecture on Style vs Content (see link below) was completely fantastic and hooked me immediately. END_OF_DOCUMENT_TOKEN_TO_BE_REPLACED 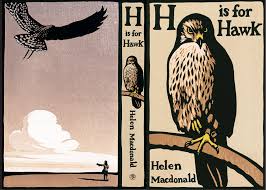 I took H is for Hawk by Helen MacDonald off the shelf on a trip to Cape Town because the cover caught my eye. It was part of my setting aside a store of reading for the summer holidays, but later in bed I began to read and then had to stop myself because it’s a book so arresting, so unusual, that I knew if I didn’t stop myself I would rue not giving it the time it deserved by devouring it too quickly.

McDonald is an unusual person and an unusual writer. She’s an academic (at the time of writing in temporary employment at Cambridge) who has had a fascination for falconry and birds of prey since a child. This is not her only book about that ancient art (there is also ), but it was written when she was suffering from a severe case of mourning after the unexpected death of her father, and it binds together that surreal, spiralling state with a sudden desire to train a goshawk, a bird she was wholly unfamiliar with. END_OF_DOCUMENT_TOKEN_TO_BE_REPLACED

According to the emails sent to Fanatics members by Exclusive Books, Barbara Kingsolver has come to South Africa to “launch her latest book Flight Behaviour”. Hold on, I thought, I read that book when I was still a member of a book club and that club dissolved about three years ago. Yes, memory correct, on Wednesday night at the “launch” at Exclusive Books in Walmer Park in Port Elizabeth, I checked the date of publication: 2012! END_OF_DOCUMENT_TOKEN_TO_BE_REPLACED 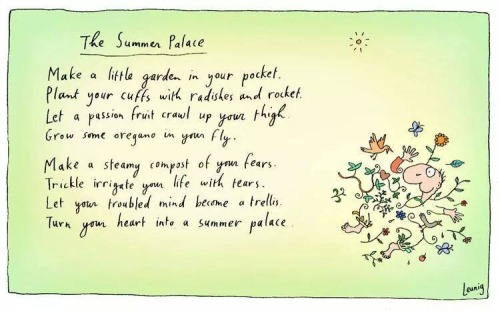 If you’re lucky enough to have relatives in Sydney and they know quite how bedazzled a Leunig fan you are, and if they bring the Sydney Morning Herald’s annual Leunig calendar across the Indian Ocean to you, then you get to sing this rhyme to yourself every morning in January. I like it so much I have quite forgotten that it’s now February (which brings a whole nother Leunig surprise).

I’ve just read two books hard on the heels of each other which are wonderful insights into African modernity and the complexity that is South Africa now. The first is Jonny Steinberg’s A Man of Good Hope, the story of Somalian Asad Abdullahi, who came to South African seeking his fortune after a life as a refugee drifting through Kenya and Ethiopia. The second is GG Alcock’s account of growing up Zulu in Msinga as a boy during the 1970s and 1980s under the apartheid regime, Third World Child.

These tightly focused tellings which tell the story of just one life of one man (and this of course is significant because they are very much about masculine experiences and choices), shed a great deal of light on social movements across our continent, South Africa’s relationship with other African countries, cities and rural areas, and old networks and relationships and how they endure — and enable survival — in the cities which still lure men with their promises of riches. END_OF_DOCUMENT_TOKEN_TO_BE_REPLACED

(Somewhat) Daily News from the World of Literary Nonfiction

My View by Robyn Sassen

The arts at large by Robyn Sassen

You Are What You Read.

Exploring Black and African identities in the blogosphere